Per LA Countyâ€™s Public Health order, beginning October 7, all persons ages 12+ must be prepared to show proof of full FDA or WHO approved COVID-19 vaccination (a full 14 days after final dose was administered), or a negative test taken within 72 hours of visit, prior to entry to the theme park. Persons ages 18+ must must also show any photo ID. Verification will take place when required based on theme park attendance. Children under the age of 12 are not required to show proof of vaccination or a negative test result. Regardless of vaccination status, face coverings are required to be worn at all times, both indoors and outdoors, when visiting the theme park. At Universal CityWalk, face coverings are required to be worn indoors.

Get discounted tickets to Universal Studios Hollywood Halloween Horror Nights and save up to $7.00 per ticket off the gate price through FunEx!

WARNING: EVENT MAY BE TOO INTENSE FOR YOUNG CHILDREN AND IS NOT RECOMMENDED FOR CHILDREN UNDER THE AGE OF 13. NO COSTUMES OR COSTUME MASKS ALLOWED.

LEGAL: Halloween Horror Nights is a separately ticketed event. Event occurs rain or shine. No rain checks, returns or refunds. Prices, dates, times, attractions, entertainment, and/or experience details are subject to availability, changes and/or cancellation without notice. Park, attractions, entertainment or access to event may be restricted or unavailable due to capacity/closures/other factors and benefits are subject to change without notice. Parking not provided. Additional restrictions may apply. 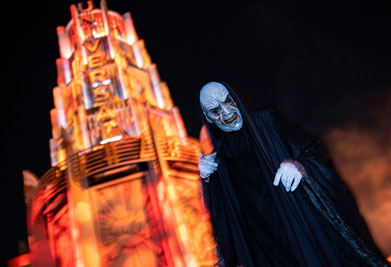 Universalâ€™s Halloween Horror Nights is back with a vengeance, bringing together the stories and visions of the worldâ€™s most notorious creators of horror. From cinematic greats and crazed current cult favorites to the parkâ€™s original abominationsâ€”every year, the legend grows and the experience reaches beyond your wildest nightmares. As the sun sets on days filled with thrills, the night awakens with a frightening chill at Universal Studios Hollywood.

Just as in horror films where the first to wander off meets a terrible fate, youâ€™ll want to bring plenty of friends with you to share the screams and watch your back as you all make your way through the horror. You definitely need someone to hide behind, somebody to panic with as you enter mind-ripping mazes inspired by the biggest names in horror. Face nightmarish creatures on streets twisted into sinister scare zones. Lose yourselves in outrageous live entertainment filled with jaw-dropping surprises. Then escape to some of Universal Studiosâ€™ most exhilarating attractions. So heed this warning if you plan to dare the terrors of Halloween Horror Nights: Never Go Alone.

Our company guarantees to give you discounted tickets to your favorite attractions at the best price with Universal Studios Hollywood Halloween Horror Nights being one of the hundreds of attractions that we offer at a discounted rate. For the past 30 years, we have offered the cheapest discount tickets and discount passes possible and great corporate benefits to thousands of companies. Buy your tickets now to enjoy the biggest discounts in the industry!

Here is the perfect part: company sign up and individual registration are totally free. Yes, reading that again will not change the words. They are free! After registration, you can enjoy huge discounts on theme parks, water parks, museums, zoos, aquariums, and outdoor and indoor adventures all over the United States!

Need some clarification? Find the answers to your questions below or reach out to us through text/call at 949-367-1900 or help@funex.com.

Another benefit of purchasing with FunEx is that you do not need to print your Universal Studios Hollywood Halloween Horror Nights discount tickets. Consider your phone your new best friend because all you need to do is present your discounted e-tickets at the gates and, viola, in you go!

Get the best out of your visit (and your discount tickets) by exploring some of the most haunting moments in film and television, coming at you with seven (7) spine-chilling mazes that will have you screaming all night long at Universal Studios Hollywood Halloween Horror Nights!

Experience these with your discount tickets!

Disclaimer: The imagery shown here does not represent current operational and safety guidelines at Universal Studios Hollywood. Exposure to COVID-19 is an inherent risk in any public location where people are present; we cannot guarantee you will not be exposed during your visit. Review Important Safety Guidelines at UniversalStudiosHollywood.com/Safety

To see a complete list of all the fun things to do at Universal Studios Hollywood Halloween Horror Nights, please click HERE. 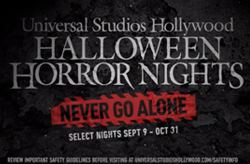 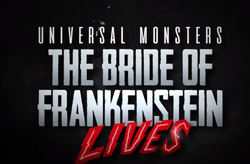 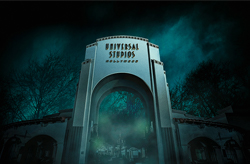 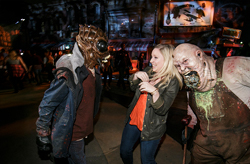 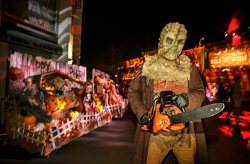 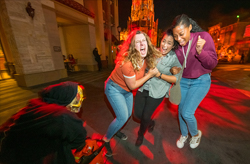 Some imagery shown throughout our website does not represent current operational and safety guidelines.